On Sunday, (May 27th) Pearland Police Department received a complaint from a Pearland resident who said he witnessed a male and a female removing several Tom Reid campaign signs out of the ground. The witness confronted the subject and took a cell phone photograph and video of the couple removing political campaign signage.

PD arrived on the scene to discover the identity of the couple removing Tom Reid campaign signs was Quentin and Monique Wiltz.

Mayor Reid’s campaign aide states they had no knowledge of who placed Tom Reid signs on the property nor have they received any request from the property owner to remove the signs.

Regardless of how someone feels about a candidate, the election process or the signs themselves,  removing, tampering or stealing a campaign sign is a criminal act.  If you are not the property owner or sign owner, you should never remove campaign signs for any purpose. It is against the law.

Wiltz is no stranger to Texas campaign laws.  He twice ran unsuccessfully for Pearland City Council.

In May 2015, an upset Mrs. Wiltz filed a criminal mischief complaint  against an unknown person stating “someone has been damaging Wiltz signs and they cost $40.00 each.”  Mrs. Wiltz requested that Pearland PD check traffic cameras to catch the suspects, but the cameras were not recording.

In any case, Quentin Wiltz would do himself and his campaign a favor by not committing crimes days before voting begins…especially against a War Veteran during a Memorial Day weekend. 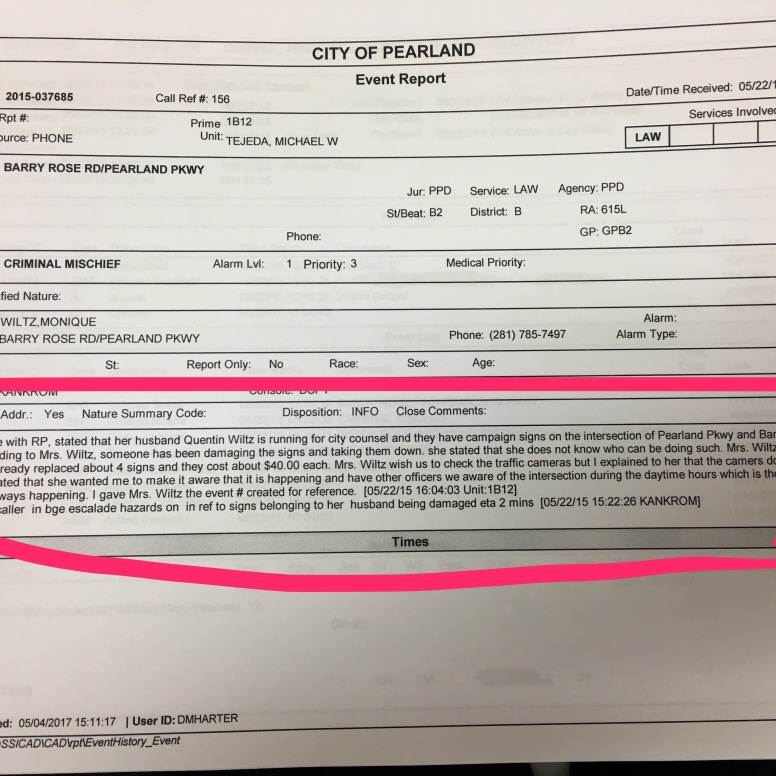 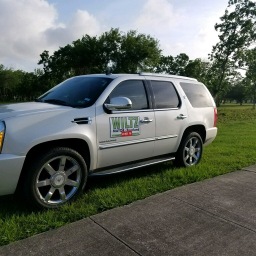 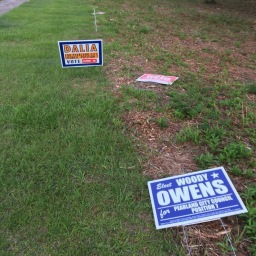