Seven people were killed and at least 22 were injured in Odessa and Midland Texas when a gunman (MPN will not mention his name) went on a shooting rampage on Saturday before he was shot to death in a gunfight with police.

The victims killed range from age 15 to 57, including 15-year-old Leilah Hernandez.

A GoFundMe campaign was started to raise funds for her funeral and for her family.  Her brother Nathan was also injured and taken into surgery. 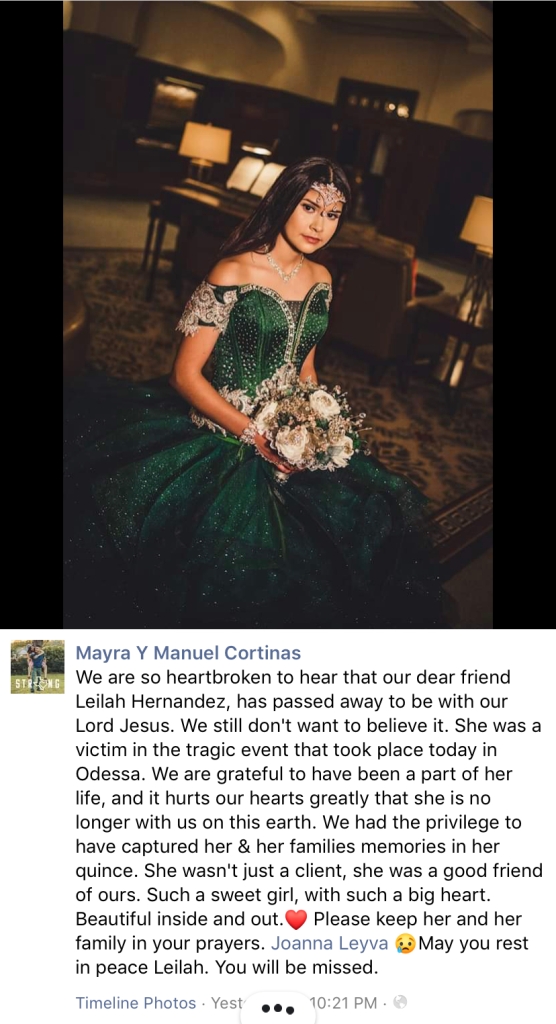 Mary Granados, a 29-year-old postal worker was killed when the gunman hijacked her truck.

A GoFundMe campaign was started by her friend with permission from Mary’s twin sister Rosie Granados.

“I started this campaign on behalf of the family to help them some way during this difficult time, with permission from her twin sister Rosie Granados, who will make sure funds are used accordingly,” says Leslie Aide.

“I had the privilege to work with Mary in the past. She was beautiful inside and out, with a great heart and always ready to be a friend, always had a smile on her face.” 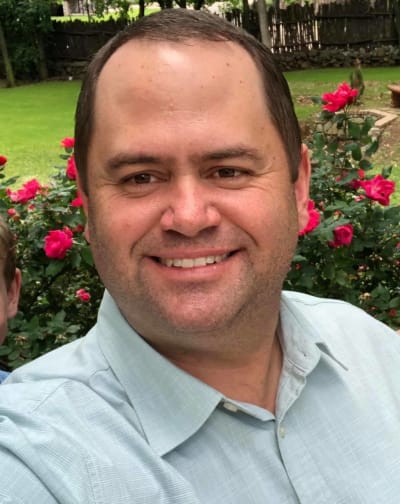 Joseph Griffith was driving with his wife and two children when he was shot and killed on Saturday.

A Facebook post by Jennifer D. Johnston praised Griffith as a former MISD teacher. “(we are) all grieving the tragic loss of our former teacher Joe Griffith. Mr. Griffith was truly an incredible teacher; he taught us math better than anyone had ever done before. But most importantly, during the hard times of teenage years, he made us smile. He was passionate about his students and loved us and we knew it. He was a bright light in the hallways and always fought to get smiles out of his students. My heart breaks over the loss of such a great man, but his friends and his students will remember him for the inspiration that he was. Please pray for his wife and children while they grieve this tragic loss.”

Edwin Peregrino, only 25-years-old and an uncle to two nephews and a niece. 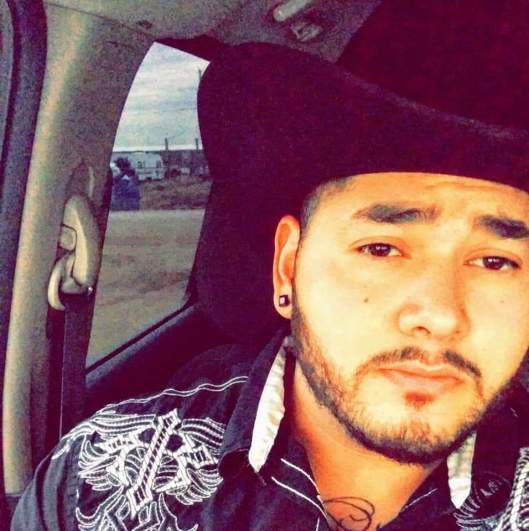 He was visiting his parents in Odessa when he heard gunshots outside. Edwin ran into the yard to investigate, according to his older sister, a gunman sped by and opened fire, killing him just outside the home he’d moved out of just weeks earlier.

His family said Edwin was a beloved uncle with a strong desire to start his own family.

MPN has not found a GoFundMe campaign for Edwin.

Rodolfo Arco was killed while driving home from work. 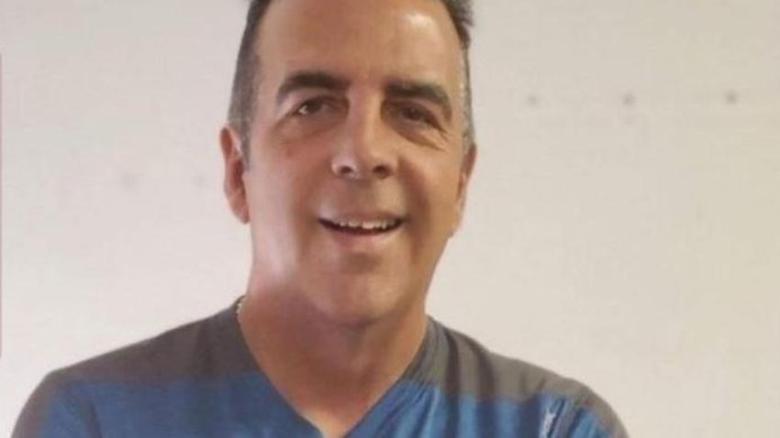 Rudy was a father and had many friends according to his GoFundMe page. 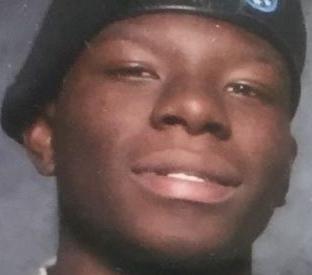 His GoFundMe page saids Kameron leaves behind his mother, a sister, brother, and many extended family members and friends.

He was a member of the United States Army, having served in Afghanistan. He has been an employee of Standard Safety & Supply for over a year.

The tiniest victim is 17-month-old Anderson Davis who is one of the 22 people injured in the shooting spree.

She was airlifted to a Lubbock hospital with a hole through her mouth and tongue and shrapnel in her chest.  Surgery is scheduled for Monday. 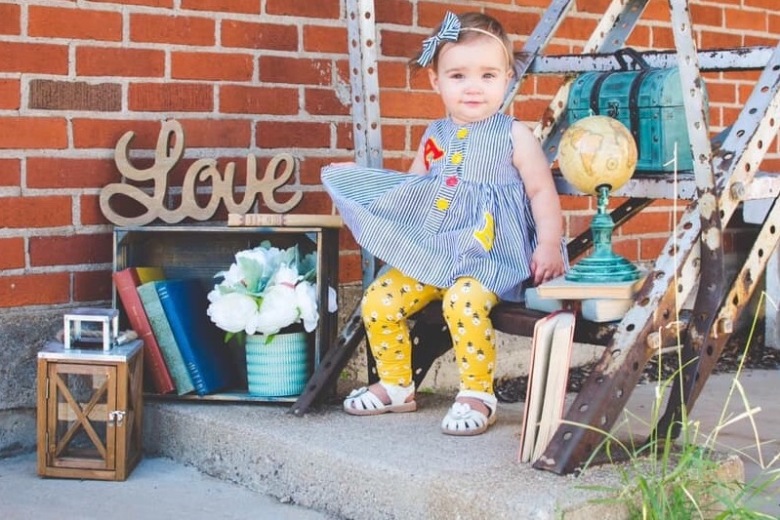 Texas State Trooper Chuck Pryor was the 1st person shot after making a traffic stop by mile marker 131 for a turn signal violation. 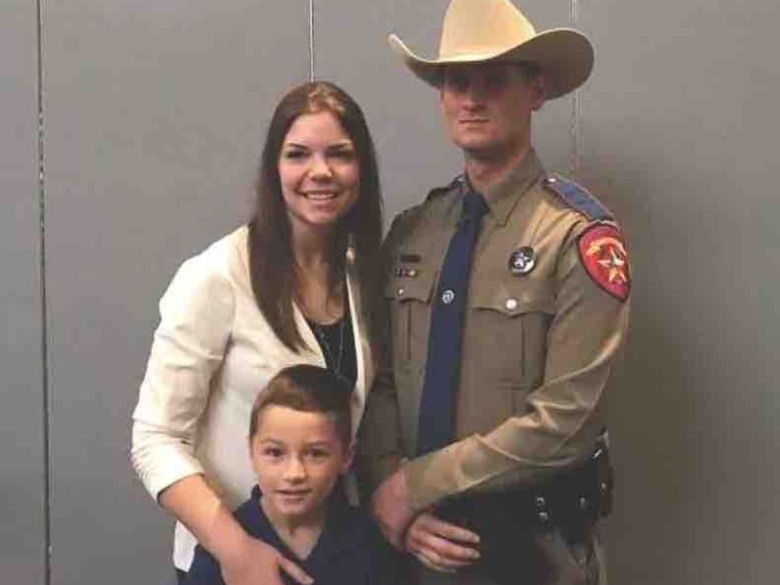 He was shot in the face and remains in serious, but stable condition at this time.

Click here to help his family with medical expenses.

Midland Officer Zack Owens was shot multiple times in the arm and hand. As well as suffering from glass shards in his eye which is his most serious injury. 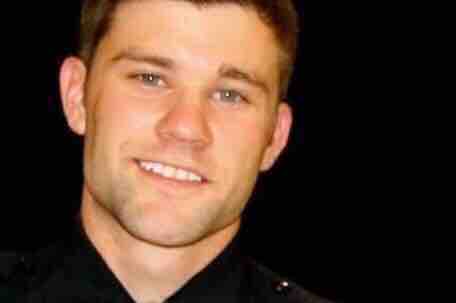 We will update this article as information is released.

Join 10,169 other followers
Follow My Pearland News on WordPress.com